The event is the launch of the new issue of the online Mezosfera magazine, published in relation to the exhibition 1971 – Parallel Nonsychronism, a collaboration between Kiscell Museum – Municipal Gallery and tranzit.hu.

The starting points of the exhibition 1971 – Parallel Nonsychronism are two contemporaneous bodies of artworks, which demonstrate the parallel tendencies of art in state socialist Hungary, during the so-called Kádár era (1957–1989). It examines the complex relationships of two defining generations of artists, without giving aesthetic or historical judgment. The exhibition endeavors to reveal and present artworks and the contexts in which they were produced: different and simultaneously existing concepts of art, opposing positions, disputes, and ultimately the complex relationship between state power and art.

The symposium connects the international authors of the new Mezosfera issue and local art historians and researchers who specialize in the reception of the art produced in state socialist times in Hungary. The international authors were invited to contribute a text from their local, cultural context, focusing on the period between 1968 and 1973, which in Hungary, and also in other countries of the Eastern Bloc, was a time of political thaw and economic reforms, which also brought a more open attitude towards the world. At the same time, this period is marked by the Soviet Union’s suppression of the Prague Spring in 1968, with military support from the allies of other Warsaw Pact countries. By 1972, under state secretary Leonid Brezhnev, a conservative backlash in Soviet politics led to the closure of reform attempts, which also curbed the relative freedom in cultural life.

Besides international contributions, the Mezosfera issue comprises texts in English by Hungarian authors, which will also be published in the catalogue of the exhibition in Hungarian in Spring 2019. The symposium brings to the fore topics of both the exhibition and the Mezosfera issue. How did artists reflect on the ideology-driven building of socialist societies by creating their own utopian societies, institutions, or monuments? What kind of collaboration non-system-conform artists and art historians had with state institutions? After 1989, how did the understanding and the reception of the formerly tolerated or banned art change to its international overestimation in the 1990s and early 2000s, on the one hand; and to the contemporary rejection of underground art in various local contexts for being non-sense and elitist, on the other?

11:45–13:00
Roundtable discussion In and Out, followed by Q&A
This section discusses artists who had oscillating positions: for certain times, they were supported by the state system, and in other times, for various reasons, they were cast aside by the same system.
Participants: Dóra Hegyi, Sándor Hornyik, Tomáš Pospiszyl (Prague)

14:00–15:30
Guided tour of the exhibition with the curators and László Beke

16:45–18:00
Roundtable discussion Changing canons, followed by Q&A
The discussion considers cultural production as an always ideology-driven vehicle. In what ways has contemporary art participated in the legitimation of political powers in recent times: during the Cold War, in the years following the collapse of state socialist regimes, and today?
Participants: Beáta Hock (Leipzig/Berlin), József Mélyi, Kathleen Reinhardt (Dresden)

Concluding remarks by the organizers.

The symposium will be held in English. 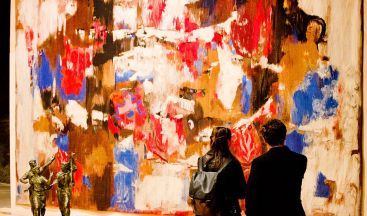 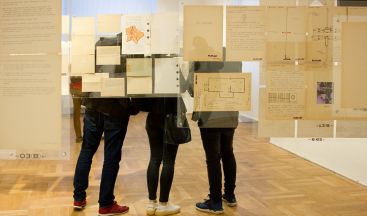 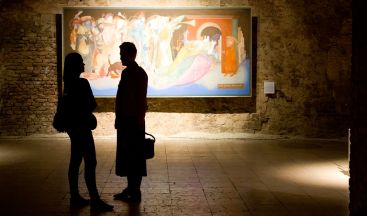 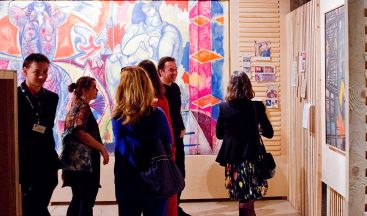